From the Experts on the New Forest
Interested to know your home’s value?
X

From the Experts on the New Forest
Interested to know your home’s value?
10th April 2019
New Forest Insider

Want to know where to eat, drink and food shop in the Forest? We’ve a few favourites to share.

The New Forest is nature’s larder with an abundance of produce ranging from acorn-fed pork to fresh fish and venison to wine. Local artisans create everything including award-winning gins and jams, chocolates, cured meats, cider vinegar, honey and ice cream. Such edible goodies can be found at Lymington’s bustling Saturday street market, farm shops like Danestream’s (Sway Road), Hockey’s (North Gorley) and Setley Ridge (Brockenhurst), and Delis such as The Forage (Lyndhurst). 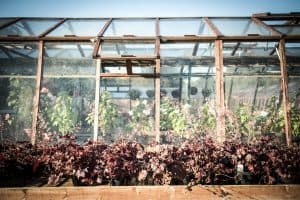 The New Forest also offers a vast variety of eateries. Country inns range from cosy pubs popular with walkers to great gastropubs (explore the likes of The Royal Oak in Fritham, The Oak at Bank, Drift Inn at Beaulieu, Three Tuns at Bransgore, and Fleur de Lys, Pilley).

There’s a choice of traditional tearooms and chic cafes. The team’s current faves include: The Sett, Brockenhurst’s newest café-bar; Spot in the Woods, squirrelled away in Woodlands; recently redesigned Mabel’s Café at Shallowmead Nurseries, Boldre; Bakehouse 24 in Ringwood – artisan bakery specialising in sourdough with cafe; Greedo and Coffee & Drift, both in Lymington; and friendly Saltwater Café and Hurst on the Hill, both in Milford on Sea. 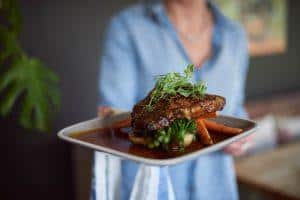 Serious foodies will be tempted by Good Food Guide recommended restaurants including The Elderflower in Lymington (chef/proprietor Andrew Du Bourg has been tipped for Michelin Stardom), Verveine, fishmonger hiding quirky fine dining restaurant that delivers a taste experience, and La Perle, a welcoming neighbourhood bistro, both in Milford on Sea. In fact Milford is a foodie village in its own right and also has a wine bar, La Cave, and micro ale bar, The Wash House, located in the old laundrette.

The New Forest has become recognised as a luxury destination. It is home to Chewton Glen, one of the first country house hotels with The Dining Room and The Kitchen, a cookery school and informal restaurant overseen by TV chef James Martin. Then there’s lavish Lime Wood with Hartnett Holder & Co restaurant (run by Luke Holder who has worked in Michelin starred restaurants in Tuscany and THE Angela Hartnett, one of the most high-profile female chefs in the restaurant world). There’s the very first The Pig (of the eclectic boutique hotel group) with a local inspired menu (including the likes of Beaulieu Estate pheasant and salads picked from their walled garden). Not forgetting Beresfords at Balmer Lawn, The Mill at Gordleton, The Terrace at Montagu Arms and Cambium at Careys Manor. Yum.

Call Us We'd Love To Talk